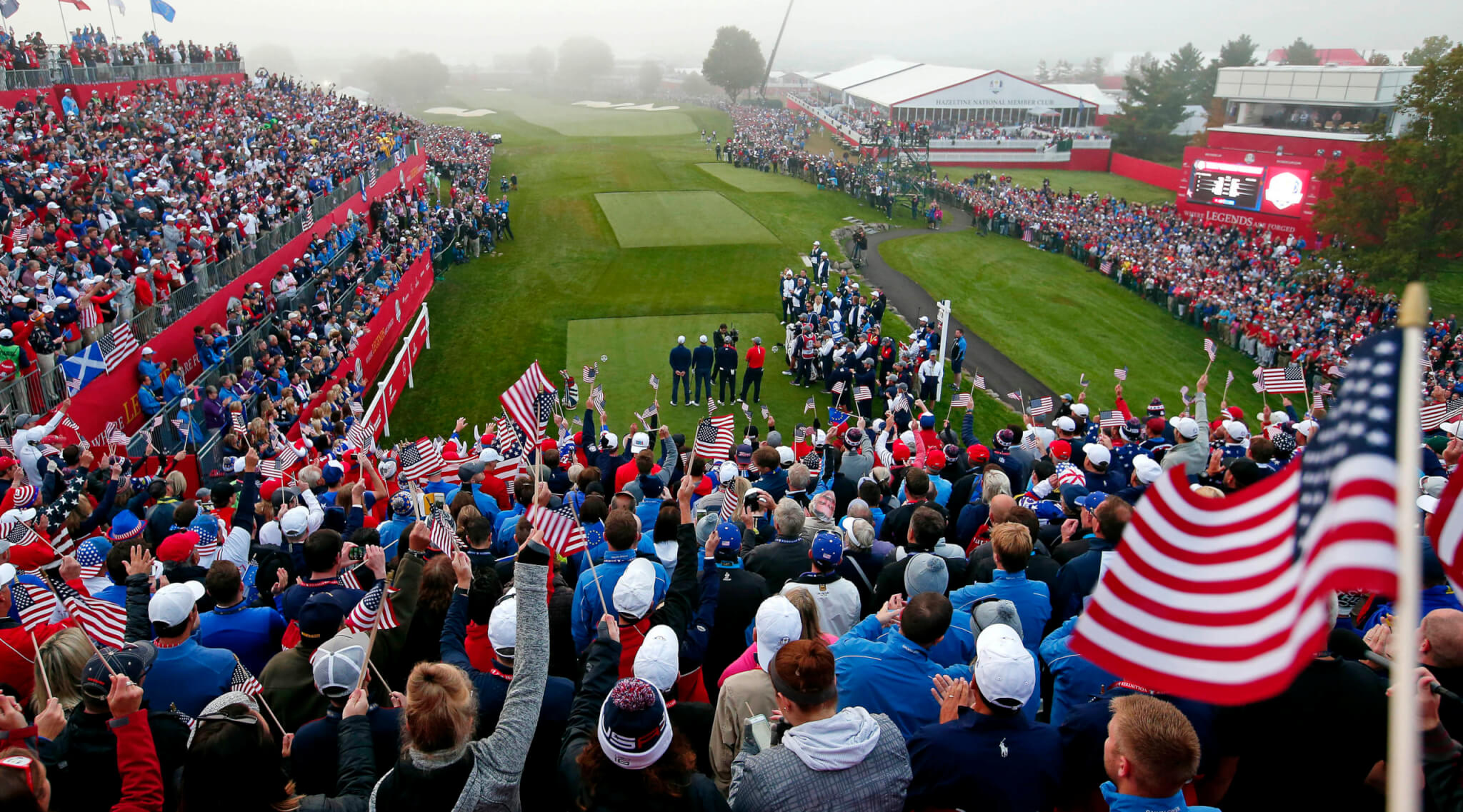 Now that day 1 of the Ryder Cup is done and dusted, we will take a look back at what went down and the impact it’ll have for Saturday and Sunday.

We kicked it off at 8 am ET in what would be the first Ryder Cup match in over 3 years. 2020 was destined to be the year of Whitling Straits’ Ryder Cup induction, however, the pandemic led this to be delayed until now. Jon Rahm and Sergio Garcia vs Justin Thomas and Jordan Spieth would be the inaugural game in this year’s tournament. The foursomes match teed off in good spirit with the crowd much behind the American’s due to it not only being in Wisconsin but the absence of the rowdy European fans amid travel regulations. This level of energy remained throughout the rest of the round and was matched for the other games too. The infamous Spanish Ryder Cup chemistry kicked in and the World Number 1 along with Garcia ended up winning the match 3&1 in what was a beautiful display of golf.

This would end up being Europe’s only win of the day as the likes of Dustin Johnson and Xander Schauffele were dialled in, giving absolutely no wiggle room to the title holders. The rest of the scores are as follows:

This gave the US a massive 3-1 advantage going into the afternoon. Something that a lot of fans weren’t expecting.

Next up though were the fourballs and this is historically where Europe accumulate a lot of their points.

Arguably the most interesting matchup that was announced immediately after the foursomes finished was the all-Irish pairing of McIlroy and Shane Lowry vs Tony Finau and the debutant Harris English. A topsy-turvy game where an abundance of chances were missed led to a magnificent closing-stretch of holes from Finau and English to win the match 4&3. Bryson Dechambeau also entertained the crowd with an incredible 417-yard drive, the longest in Ryder Cup history. The rest of the fourballs matches results are as follows:

The home team are leading 6-2 as a result of this, in what is their best-ever start to a Ryder Cup. This doesn’t bode well for Europe. However, in 2012 we saw what we thought was an insurmountable point deficit become achievable, hence dubbed as the ‘Miracle at Medinah’. So, while it is a commanding lead for the American’s – it isn’t over just yet.

Tomorrow’s pairings are not too indifferent to what we have seen, the likes of Johnson and Morikawa, Westwood and Fitzpatrick, for example, are set to tee it up again in a pair. A strange strategy from the European Captain Padraig Harrington, but not all that surprising.

If Steve Stricker can get 4 points out of tomorrow’s 8 matches, Europe will have to conjure a lot more than a miracle on Sunday in the single’s to make up for it.

We get paid via NFL, NBA, MLB, and most importantly, UFC. Bet with us.